Matter of fact, it hardly takes anyone with simple common sense and it especially didn’t take long for people to jump all over it. From the moment the books hit the shelves, it was riddled with controversy.

Now, what a majority of the literature lovers would say is: books are books. In a fictional world, like Divergent for example, anything goes. But then again, that’s somewhat of an alternate universe. What some people miss is that books of fiction can tend to have real life consequences and influences, especially when set in the real world.

Fifty Shades of Grey is set in current day and depicts a “romance” between a disturbed billionaire named Christian Grey and a young, naïve Anastasia Steele. The dilemma with this romance is the violence and manipulation that tangles itself in it. I refuse to spoil all of the questionable acts that take place between the two, that’s up for your judgment.

I also refuse to spoil the plot line and how it differs from the terrible trilogy.

But I will go ahead and spoil the tragic acting, awful script and other factors that tore down this doomed Valentine’s Day movie.

Let me first and foremost apologize to all of the people, especially the women, that were expecting a sexual fantasy that would have them foaming at the mouth. The only thing that would get a remotely-positive reaction from anyone is when the credits finally rolled.

The horrendous film that was already pre-torn apart by the awful plot, had one goal: to back up all the hype that it’d received. It failed miserably in its task and two people to put the blame on easily are the two leads – Dakota Johnson and Jamie Doran.

I must state that these two had the chemistry of long-lost cousins. It was painfully obvious that there was not even a spark to them in just the first few minutes of the movie and it became more visible as it went on.

There was nothing sexy about the sex scenes – not one out of eight of them were remotely a turn on, even to people who had been lucky enough to not read the book. They came off as forcible, acting wise, and underwhelming in a story sense.

It had to be a major disappointment to fans of the book who were certainly expecting the Christian Grey that they knew. The one that’s disturbed, yet sexually appealing, but still maintains a distinct personality. But that is not what they received.

Doran was as stiff as a piece of cardboard covered in starch and nailed to a piece of wood. His performance as this character, who is an abuser and an interesting man, was far off. He made the persona very detached, stoic and just hard to watch while he butchered a role that could’ve been mastered by someone else.

As far as Anastasia, Dakota Johnson, the verdict to me, is still out on her acting. I think she did a reasonable job, but then again, standing opposite from a brick wall would make anyone look like Amy Adams. She was convincing in her tears and emotional moments, but she’s also still accountable for the dreadful and lack-of-chemistry filled sex scenes.

The film took a very unprofessional route in writing the script, which came off as if it was just meant for everyone that read the book. The writing team clearly didn’t feel the need to explain anything or elaborate hidden plot holes and it left the already-horrible movie in worse shape than it already was. It was so vague, ambiguous and horribly hard to follow. The dialogue was weird and random. The cast didn’t perform well.

It was just bad all-around.

Another thing that I’d like to revisit, before I let you go and I pray you heed my warning and never go see the movie, is the message it’s sending.

There are instances (technically not spoiling it) where Christian will have sex with Anastasia without her consent and sadly I’ve seen people actually justifying this on social media just because she enjoyed it.

Say this with me, my fellow generation,

Arousal. Does. Not. Equal. Consent.

It is dangerous to even remotely believe it does and it was incredibly dangerous for Fifty Shades to attempt to sell that as okay behavior. There are several other related factors that it doesn’t take a rocket scientist to identify as abuse, but I won’t spoil those.

So as a final recap.

Were the books bad? Plot line wise, yes. Was the concept of the movie exciting? Not to me, but to millions of others. Did the movie deliver? Absolutely not. Would I recommend this? Not even to my worst of enemies.

It fell flat on its face in the roughest way possible and hopefully it’ll stay down. 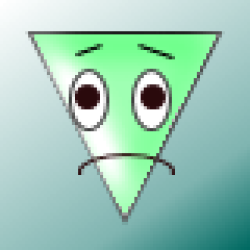