The Red Cross is in dire need of blood donations. Established in 1940, the blood donation program helps to supply 40% of the nation’s blood supply. According to the Red Cross’ official website, someone needs blood every two seconds in the U.S.

This being said, many gay and bisexual men are being denied for life from donating because of their sexuality.

For Kyle Vogel, a 19-year-old openly gay male, giving blood has recently become impossible because he has been denied for life. Kyle tried to donate a previous time in May 2014 and was rejected, but for a different reason.

“Well the first time I tried to donate back in May, I did the questionnaire and I was honest about my sexuality and they told me I could not donate that day because of my tattoos being too new,” said Vogel. “But this time they pulled up my profile and I saw that the screen said ‘possibility for HIV not able to donate until the year 2248.’”

This poses a unique problem for Vogel because he is considered a universal donor, which can be extremely helpful to the Red Cross. Universal donors’ blood can go to anyone and help every kind of blood type.

When looking at blood donations, everything revolves around the risk factors surrounding HIV and AIDs. Beginning in the early 1980s, the U.S. has had a history of being cautious, and often overly cautious, when dealing with HIV and AIDS.

It is statistically proven from the CDC that when this new and scary disease was discovered, men as a whole had a higher percentage of people who had HIV/AIDS. From 1981 – when the HIV/AIDS epidemic first started – until 1987, 92 percent of cases were found in men, whereas only the remaining 8 percent were found in women. However, in the 21st century, this may not be as true as it was 30 years ago.

Since the 1980s, prevention methods have sky-rocketed to try to reduce the numbers for this disease. Part of this is why gay and bisexual men are denied from giving blood for life. Their reasoning starts out simple as to why they reject their blood donation.
Gay and bisexual men are at a higher risk to contract HIV/AIDS. Even though that risk is much lower than in the 1980s and the 1990s, it is statistically still higher than other sub-populations.

Yet, there’s still more as to why this group of people are being rejected.

The FDA and Red Cross both agree that the reason they reject high risk donors is because yes, they do test the donation for multiple diseases – HIV included – but HIV/AIDS antibodies may take weeks or months to show up in the blood stream after the blood is already been through the Red Cross.

Someone who is infected may not even know they are infected. Via the CDC, only 49 percent of young gay and bisexual men aged 18 to 24 years knew of their infection, whereas 76 percent of those aged 40 and older were aware of their HIV infection. The combination of the high risk and the fact that it takes so long for the antibodies to actually show up is why the American Red Cross finds it necessary to reject gay and bisexual donors to try and prevent this disease from spreading.

On Feb. 2 and 3, the Red Cross was here at JJC for their bi-annual blood drive. Being the diverse school that JJC is, this could have possibly raised the same issue when they were here. After speaking with GLOW’s advisor, Melvin Whitehead, it is made clear that members of the LGBT community at JJC feels strongly about this issue.

“I think it relies on stereotypes. It doesn’t tell you much because it could be that person’s life partner or husband and they’ve only had sex with that one person for years,” said Whitehead when asked what his reactions were to how the Red Cross was denying people because they were gay.

Whitehead mentioned that the fact still remains that the Red Cross is still in need of blood and what effects could result from denying a certain group of people. “I think it will have a negative impact on the increasing need of blood supply when it’s really needed because you’re taking potentially healthy gay blood donors and saying we’re not going to accept blood from you,” Whitehead said.

Many from the LGBT community feel the same way and wish something would be done.

“I think it’s awful because I am being discriminated based on my sexual preference,” said Vogel.

He believes that if he would have left out the fact that he was gay, that they would have accepted the blood donation.

When asked if he’d like to see changes made, Vogel responded “yes, of course. [the Red Cross] was [initially] very excited that I was there to donate blood because I am a universal donor.” 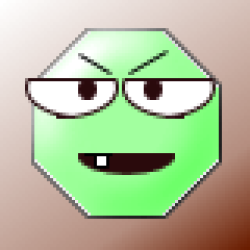 Olivia Bergagna
Copy Editor at The Blazer at JJC
A former copy editor of the Blazer, Bergagna served on the Blazer staff from Fall 2014 to Spring 2015. She moved on to Illinois State University in the Fall of 2015.

A former copy editor of the Blazer, Bergagna served on the Blazer staff from Fall 2014 to Spring 2015. She moved on to Illinois State University in the Fall of 2015.