The JJC men’s basketball team defeated Harper College and Milwaukee Tech in the region playoffs and earned a spot in the Region IV Championship game at Alverno College in Milwaukee on Sunday, Feb. 28. They faced number one ranked Rock Valley College and fell 94-75.

“We had the game going exactly how we needed it to go until we misplayed three defensive possessions in a row and they hit three straight threes turning a one-point game into a 10-point game,” Kuhn said. “That really took the pressure off of them.”

“We were able to close it to a four-point game at 51-47 but that was the closest we could get.”

There were three players on the team that combined for 60 of the 75 points for the Wolves. Daymeann Stewart led the team with 27 points and added five rebounds, one assist and one steal. Patrick Kenny had one of his best games of the season with 19 points, eight rebounds and two blocks. Kiwane Crowder added 14 points, three rebounds and three assists.

“Against a very good and high IQ team like Rock Valley you have to be at your 100 percent best and we had a couple of stretches that we were not,” Kuhn said.

“They [Rock Valley] did an excellent job defending us and we settled for a lot of one-on-one basketball, which usually does not work”.

The Wolves finished the 2015-16 season with a 23-10 record. In conference play, they finished 9-5. Their final home record was 15-2. They have been able to maintain a good record at home in the past and continued that this year.

As the Wolves finish this season, some of the players have played their final games at JJC. Darius Wells, Daymeann Stewart, Kiwane Crowder, Joachim Smith, Dominic Gatling, Alex Parks, and Patrick Kenny will be moving on.

Those more than likely to return will be Robbie Brooks and Johnny Campbell, as well as several new faces.

One of their most consistent rankings this season was with assists. They were ranked between 14th and 19th most of the season, which is a testament to their teamwork.

They also had different men scoring each game throughout the season. In addition, they beat the top-ranked team at home, lost only two games at home this season, were ranked in the top ten more than once and earned their way to the championship game. 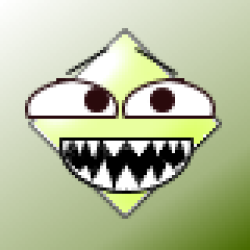