It seems “Keeping up with the Joneses” is the next failure Hollywood has to offer us.

Greg Mottola showcases a generically bland spy movie, with a cross of a simple suburb life.

“Keeping up with the Joneses” tells the tale of the Gaffneys, a normal couple living in a normal neighborhood with normal jobs.

You get too much of this normal vibe in the beginning of this film.

All seems ordinary, until their lives are drastically interrupted by the arrival of the strange, yet awkwardly attractive neighbors.

Living sophisticated lives, the Joneses seem like the perfect next-door couple, until of course there are people shooting at you, and the only explanation is that your weirdly attractive neighbors are spies.

Before we go into detail on why this movie was an epic nosedive, let’s discuss one of the good qualities that came from this movie, the cast.

Mottola brought together an amazing group of actors and actresses to partake in this comedy, but it’s possible the script might not have given them enough to work with.

When Zach Galifianakis is announced for a role, you would generally assume the part would be funny, quick witted and full of great anti-social humor.

You would even assume Galifianakis would solely carry the film’s humor.

But, add in a hot red-head like Isla Fisher as Karen Gaffney, the attractive newcomer Gal Gadot playing Natalie Jones, the always serious Jon Hamm portraying Tim Jones, and this motion picture should be gold.

Of course, these high expectations ends falsely as the night comes to an end and you’re down $8.

The film does provide a few laughs, a couple giggles, a giant yawn towards the conclusion, and a wonder as to why Jon Hamm hasn’t gotten over “Mad Men” like the rest of us.

All in all, if you’re looking for a way to waste a Saturday night, or put yourself or the kids to sleep with third grade cafeteria humor, this movie is definitely a way to go. 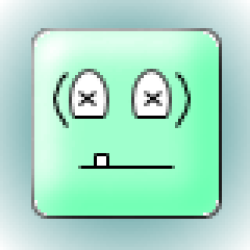