Temperatures hit the 60’s in Joliet this February, this must be a dream! The weather has been nice enough to go outside, to want to be outside, and that seems to be the extent that people are saying about it.

What they are lacking to discuss are the concerns that there should be for this kind of weather.

Global warming is and continues to be a huge problem, not just in the United States but on a global scale.

Coincidence? I think not. Global warming is because of man-made activity.

Chopping down forests and continually using fossil fuels are aiding global warming, and things are only getting worse.

What are we doing to stop this change that is threatening future life on this planet?

A bill has just been introduced to eliminate the Environmental Protection Agency (EPA).

On the United States Environmental Protection Agency website, it states that their missions, such as providing laws to protect the environment. They also aim to protect our health by regulating many things like air, water, oil, agriculture, etc.

At this time in our history, with record years of heat, it seems like a pertinent organization to have within the government.

However, if this bill is passed then the EPA will be eliminated by 2018.

There may be too much government regulation held by the EPA, but if it’s eliminated without an agency to replace it and regulate the emissions in our air, people will suffer on a global-scale. 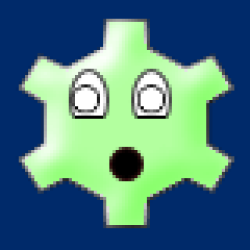 April was Earth Month, and to celebrate our planet, the JJC Sustainability Union hosted events throughout the month. “We depend

Handling the challenges of change