Seven candidates, four open spots. After April 4, there will be four new members on the JJC Board of Trustees.

On March 30, a forum with seven candidates was held in the U-building auditorium to allow them to introduce themselves and explain their plans if elected.

Deiters is a current JJC Board member, looking to be elected for a six-year term. She has served on a presidential review committee and worked for Congress in Washington D.C.

Her methodology in regards to addressing student and faculty needs revolves around asking questions and finding out what is needed.

In her closing statement, Deiters spoke of helping the nursing department and possibly creating three or four-year programs.

O’Connell is a current JJC Board member, also looking to be elected for a six-year term. He has been on the Board intermittently since 2007. He has also worked on the building and grounds committee at JJC.
His proposed method for working for student and faculty needs is to work more closely with administration and listen to the school’s population.

Gaspar has not been on for the Board before nor run for it, but said he was personally asked by some of the professors at JJC to run. He has experience as being president of several organizations in the past, and is currently retired.

Gaspar said his method for approaching the needs of the students and faculty would be to communicate and take responsibility in regards to Board actions.

In his closing statement, Gaspar took time to comment on decisions made by the board which he thought were mistakes, paying specific attention to the differential tuition that was recently accepted.

Morales has been a Board member for one year and has worked in the Financial Aid department of JJC. She is also on the sustainability committee at JJC.

Her methodology for meeting student and staff needs involves developing the will to carry on and keep working to assist the college. She believes that there needs to be more movement forward in enacting positive change.

She wishes to enact more innovative practices and to help the college as best she could.

Hornung is another new face in the Board election campaign. She is looking to be elected for a two-year term. Her experiences in trustee board before include previously being on a board at Presence Medical Center in Joliet, and currently being on the Breast  Intentions Board of Trustees.

She believes the correct way to address the students’ and faculty’s need is to listen to their concerns and act accordingly.

Bodach has not been a JJC Board member before, but is looking to be elected. He said he has been endorsed by Joliet Mayor Bob O’Dekirk.

He is currently the director of the Will County Bar Association and has worked on several boards in the past.

His methodology for meeting student and faculty needs would be to listen to what is being said by students and staff.

Juarez has not been a part of any boards, but has been in a position of leadership at his church for years as a deacon.

His interest in becoming a board member at JJC stems from a passion for education.

He stated that his method for meeting the needs of JJC personnel would be to listen to concerns being presented.

Check out the entire forum below: 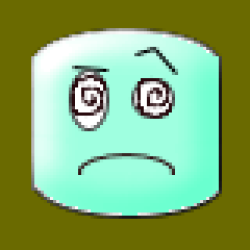