There aren’t many things that Republicans and Democrats can agree on.

One thing they can agree on is that the American government isn’t working for the people.

As Republican House and Senate members have been promising for 8 years to fight, repeal and replace Obamacare, they threw out incendiary language, calling it “socialism.”

Both far right and moderate republicans disagreed on the bill, but for different reasons as the moderates say it goes too far and ideologues say not far enough.

Liberals and progressives believe that not only would this bill destabilize the healthcare industry and hurt the economy, but it would put healthcare far out of reach of many Americans.

Republicans and Democrats came together and said the bill was dead on arrival and refused to even vote on the bill.

The Affordable Care Act has its problems, from steep drop-offs in coverage, thinning out medical coverage providers in states with small insurance pools, to some hospitals and treatment centers dropping it all together.

Some issues are nonpartisan, like wanting re-election, or civil rights for all people, and healthcare, but over the years these issues have been sharply divided on party lines. Just as it was then it is important to know what your government thinks about important issues.

So what exactly is in this bill that both Democrats and Republicans deem dead on arrival? The first thing you notice when examining both bills is the sheer size of the documents. As Press Secretary Sean Spicer puts it, “just look at the size, this is government and this is not.”

Trumpcare is much, much shorter, being about 100 pages to Obamacare’s 20,000 pages. With a full seven pages devoted to taking someone off Medicaid if they win the lottery.

The only major medical organization that supports even parts of the bill is the American Health Insurance Plan.

A major part of resistance on the Republican side is Title 1, which is really everything that Obama sought to accomplish with healthcare.

Things like eliminating lifetime and unreasonable annual limits on benefits, prohibition of rescinding health insurance policies, providing assistance for those who are uninsured because of a pre-existing condition, including children, requires coverage of preventive services and immunizations-which lowers overall coverage costs-, allows dependents to stay on parents’ health insurance until age 26, develops uniform coverage documents to allow consumers to make comparisons when shopping for insurance, caps insurance company non-medical, administrative expenditures ensures consumers have access to an effective appeals process and provide consumers a place to turn or assistance navigating the appeals process and accessing their coverage, etc.

Replacing some of these regulations with new ones that get to the root of the problems is a good idea.

To end the gold rush on the backside of healthcare and invest as a country for the wellbeing of both its citizens and its coffers is a good thing.

One thing Trumpcare does replace is instead of reimbursing a percentage of medical expenditures the states will be given “federally funded block grants” that would not be subject to rise as states expenditures do as under the current model demands.

The Kaiser Family Foundation has an interactive map that makes clear who the winners and losers are in this bill. High earners are generally well favored, young people making over 100,000 dollars are clear winners, with nearly everyone else losing. With older people in New York and a few other cities being the only ones to pay less.

The map shows that while Illinois would not be nearly as hurt as other states most of its citizens would be paying significantly more than they are now for healthcare.

Many people in other states will see themselves simply lose insurance all together. Low earners would be nearly assured to lose coverage across the country.

Many people making less than $20,000 a year, nearly 40 percent of the working population in 2012 would find themselves unable to afford health coverage.

A 60-year-old in Nebraska making $20,000 a year would see their rates rise over 2,000 percent, which would be more than they earned that year.

Before Obamacare, there were 48.8 million Americans without health insurance, now that number is half.

Costs can soar very quickly when you remove the market mechanisms of supply and demand, especially when you are dealing with life-saving drugs.

If everyone’s insurance will pay for the drug as a manufacturer in business to make money, why wouldn’t you raise the price from a fair and profitable $50 a pill to sell 5 million pills, when you could sell 4.5 million pills for $500 a pill.

Companies like Mylan have realized this. Their EPIPEN, which raised its price 600 percent from 2006 to 2016.

A perfect market for healthcare would mean that a person running into a hospital with a deadly allergic reaction would be asked to show ID and insurance before being treated.

Of course a doctor bound by oaths would treat this person. If the cost of the shot alone rose 600 percent in 10 years and they lost their job, how will they pay?

The solution as some say is to take away government sponsored healthcare, which may make sense but as every other country and data shows the world isn’t what it used to be. Healthcare isn’t as affordable as it used to be.

Like a lot of things, it is a lot better.

According to MarketWatch the bottom 50 percent of America only holds a 12 share in the earnings which is less than even China.

While globalization has led to a few jobs being taken by China, the vast majority have been taken by automation leading to wealth being accumulated to a few.

A Ball State report shows that just in the six years between 2010 and 2016, the U.S. lost about 9 million manufacturing jobs to automation. Manufacturing output rose 12.6 percent at the same time, but those jobs no longer had to be paid.

The money went to the top. Politicians said taxes were too high, they’re hurting our people. The people who the money went to are in power and say that paying for healthcare for the bottom is too expensive. Trumps cabinet alone has $14.7 billion.

Obama and leading Democrats knew that this bill had its faults. Like coverage cliffs, if you make 400 percent above poverty level, you are not eligible for many things you could have gotten if you made 399 percent of the poverty level.

Bill Clinton expressed, “it was the best bill you could’ve passed”, but why is that? Why can’t we have the best of both worlds? Why can’t we tax some of that efficiency that the American people are no longer getting their share of, invest in health research, limit the cost to the government, and prevent people from being in debt until they die, or dying quickly?

As Bill Clinton said, “It was the best bill you could’ve passed.”

The people that stand to lose the most are willing to spend the most to rig the system in their favor. New York Times columnist, Gina Chon, reports that big pharma has spent an estimated $2.3 billion lobbying the federal government in the last ten years.

Senator Sheldon Whitehouse explained in his book “Captured” on how this trend is increasing exponentially as special interest can deploy hundreds of lobbyists each year.

Since Citizens United can also “donate” as much money as they want and use non-profit shell corporations, which can funnel money to super PACs or funding a campaign in their favor, or as is the case in most against certain political candidates.

This is effective money laundering made legal with years of questionable “political investing.” When a company or organization of company leaders find it in its best interest for or against a law, that is probably how it will go.

Political scientists Martin Gilens and Benjamin Page say that even before the effects of Citizens United are felt, “economic elites and organized groups representing business interests have substantial independent impacts on U.S. policy, while mass-based interest groups and average citizens have little to no independent influence.”

This quote that Americans now accept sounds a lot more like Russia than what America should be. Our founding fathers went out of their way to warn citizens of the dangers of allowing corporate and outside interests to reign supreme.

Regardless of what a corporate minded Supreme Court says the power of money in politics is pervasive and influential, permeating through every crack of Washington is money used to leverage a vote.

There were $7 billion spent in just the 2016 elections. This doesn’t include any lobbying costs for votes from that year.

Before he got into office, President Donald Trump recognized that health insurance was a polarizing topic saying that though it was not popular, “everyone is going to have it.”

When faced with the question of who will pay for it he said “we are going to save so much on the other side it won’t matter.”

He also said that transparency in pricing and specific gaps in coverage as well as competition across state lines were both necessary and good for the consumer and government alike.

However, none of these campaign promises seemed to have made it into the bill.

As legislatures, it is their job to look at data and come to conclusions based on research and the backing up of hypothesis, not looking at a check, coming to a conclusion, then using science to back up your claim like is now so natural with climate liars.

What can we do? We can demand that our government do better. Demand legible data on trends, candidates, and upcoming votes that are important to the average citizen in an area.

There are certain market mechanisms that experts can agree would help to stabilize the healthcare market while also stabilizing the budget.

Increasing a state’s right to choose between all-encompassing Obamacare, with an increase in government sponsored tax credits or some other form of healthcare that provides the consumer at least what they are eligible for now.

Allowing successful drugs to be approved faster. Investing in the testing and research of medical technology.

We could shorten patent exclusivity to bring in more producers of drugs to create more competitive pricing, maybe giving a portion of one company’s profits to the innovating company. The government could also make it so that companies can’t charge less for the same drug in one country then slash through healthcare funds in our own just because they can.

The incentive that doctor’s also have to write prescriptions such as kickbacks from drug companies also burden our healthcare system and poison our citizens with unneeded prescriptions.

All of this has led to the sorry state we are in. Paul Broun of Georgia puts it bluntly when asked about Obamacare’s regulation that insurance companies have to cover sex change operations. “I don’t want a sex-change operation… I like being a boy.”

Like many representatives Broun is a boy. He doesn’t care about issues until it affects him personally. He cannot see outside himself like a grown man or woman.

Elected officials are servants to the public, not big pharma or insurance companies. They are not elected to serve and enrich themselves and those that pay them.

Looking across the aisle, many republicans see liberals as atheist communist freedom killing socialists who want to take their guns and all their rights.

Many democrats see Republicans as fake, religious power-hungry, xenophobic, lying fascists who want to sell their rights to corporations. 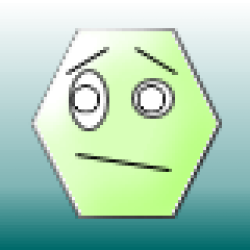