With an 8-3 win this afternoon, the JJC baseball team posted their second straight victory to start the 2018 season.

Today’s opponent was Harper College, a conference opponent, but the game will not count for either team’s conference record.

It was scheduled after the Wolves’ season-opening trip to Tennessee was postponed.

But the win counts for the Wolves overall, and they played well throughout.

The scoring began in the bottom of the third inning, when JJC shortstop Jackson Stulas drove in a run with a double.

The Wolves added another run in the third on a total of four hits.

But Harper answered back with four hits and two runs of their own in the top of the fourth, which would be starting pitcher Drew Clavenna’s final inning.

The bullpen only surrendered one run on two hits the rest of the way, including a home run in the fifth that gave Harper a brief lead.

But the Wolves answered back in the bottom of the inning, when Zack Pych hit a two-run triple.

They added three more runs in the bottom of the eighth, setting them up for the 8-3-win.

“We’re catching the baseball,” said King. “We’re playing good defense. We’ve only had one error in two games, and that was a catcher’s interference.”

Offensively, the Wolves have put a solid number of runs on the board, but the team’s approach is not to King’s satisfaction.

“I’ve been complaining to them that we’re striking out too much right now. We have to protect the plate better with two strikes, but we’re getting there.”

The Wolves are looking to get more experience before conference play starts at the end of the month, which gives them time to make the proper adjustments. It is still very early in the season, but the team is moving along nicely.

The Wolves play two more games at home, Sunday March 4 and Tuesday March 6, before heading down to Tennessee to make-up the postponed games March 12-16.

Pictures from the Harper game are below.

The JJC dugout during the Harper game.

Marcus Stewart on first base after a single.

Drew Clavenna prepares to throw a pitch to a Harper player.

Pych throws the ball to first base on the run.

Pych gathers the ball to throw to first.

Becker throws to first for the second out in the eighth.

All Pictures by Adam Tumino 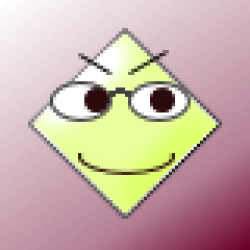