The sun has risen on a new era for JJC athletics as former Assistant Baseball Coach Gregory Braun has taken on his new roles as the school’s Sports Director and head coach for the men’s baseball team.

Braun has spent the last 11 years working and learning alongside N4C Hall of Fame coach and former director Wayne King, who retired last year after 33 years with the JJC Athletic Department.

Entering his 12th year with the program, Braun was selected in the spring to head the department as well as the baseball program.

Having worked alongside one the greatest coaches to ever do it, Braun says he is calm and ready to accept his new challenges.

“I don’t think (that) it’s a lot of pressure,” Braun said in a recent interview. “I think it’s taking what you learned. I think it’s been such a valuable learning experience in a job for 12 years. There’s a calmness not feeling so much pressure by wanting to just build on what we have

But what does it take to have something great and make it greater?

In Braun’s athletic director perspective, it’s taking the time to listen to those around you whether they’re on the mound throwing curveballs or pitching ideas on how to grow as a program to benefit student athletes.

In Braun’s head coach perspective, it’s taking a group of new young men every year, from all sorts of different backgrounds, and teaching them to work together to achieve the same goal.

These are all factors that Braun will actively be working on to improve JJC’s already impressive athletic history. He is also exploring some new initiatives that will take the program to new heights.

These initiatives include three key aspects that he believes will help the athletic program grow.

One, strengthen the athletic department internally.

Two, have the athletic department build a stronger relationship with the college.

Three, have the athletic department get more involved with the community.

“I think we need to get our team out to connect with grade school and community events, but also hold events for the community,” he said.

These vital points are just smaller pieces to the bigger picture that will complement the strong foundation JJC already has.

Braun’s vision will unfold as the school year moves forward, and the Wolves athletes and coaches are ready to support that vision every step of the way.

“Let’s have pride in who we are,” said Braun. “Pride in JJC, pride in our athletic department…and if we can get the college, the athletic department and our student athletes to join forces, it can be a pretty powerful force to show the community what the Wolves are all about.”

If Braun has his way, the force will be with the Wolves. 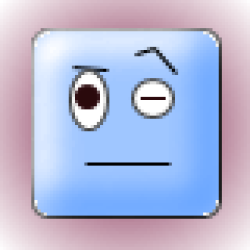