Alvin Schwartz’s “Scary Stories to Tell in the Dark” has been terrifying American youths for decades.

Thanks to the haunting narratives, and Stephen Gammell’s iconic illustrations, these stories are pure nightmare fuel. Producer and co-writer Guillermo del Toro attempts to recreate these mortifying tales for the screen, piecing together some of the books’ most memorable stories under an umbrella story that begs for a sequel.

The movie begins on Halloween night in 1968. Stella (Zoe Margaret Colletti) and her friends pull an all too successful prank on their high school tormentor, and are chased into the car of a drifter named Ramon (Michael Garza). Seeking to impress, she and her friends show him the crumbling house of the Bellows family.

Stella tells the tale of Sarah, the disfigured daughter who was shut away until her death, and whom the town turned into a local urban legend. In the mansion, Stella finds Sarah’s book and takes it with her, only to find that the stories within are writing themselves– and star all of her friends.

The 1968 setting is a nice change of pace from the 80s nostalgia currently oversaturating the horror genre (“Stranger Things” and “It”). It also makes reference to Nixon and the Vietnam War to add real life horrors as a backdrop to the grisly ghost stories.

Unfortunately, it makes no wider commentary on the topic. Considering these books actually did come out in the 1980s, it feels somewhat removed from those generations who consider the stories nostalgic. Still, it is a clear setting without falling into the trap of constantly throwing dated references on screen.

The nostalgia that the movie does capitalize on however, is in its interpretation of the stories. These stories are well known and loved by many, and this movie takes some of the most iconic stories and brings them to life. As a kid, I always hate the illustration from the tale “Big Toe” and to see that woman moving and actually hear that horrid voice, let’s just say I won’t be sleeping again for a while.

These tales were many people’s first experience with darker horror, and the film embraces that and capitalizes on it while still maintaining a PG-13 rating. The tension maintained throughout the telling of each story is fantastic, building to an almost unbearable degree at times and rarely relying on jump scares to cause the audience to squirm in their seats.

Del Toro’s touch is definitely present throughout, the designs of the monsters matching their illustrations to an uncanny degree while somehow still feeling very real and physical on-screen. This is most likely a result of opting to use practical effects that were merely touched up with CGI.

Unfortunately, these moments of excellent pacing are interspersed within a narrative that is not quite as concise. The overarching story at times felt like little more than a means to an end, as if it was only filling time before the next scare.

The characters and their story either get too much screen time or not enough, the beginning of the movie drags and the ending leaves something to be desired. That’s not to say there’s no point to these plots characters, it’s just that the film struggles to find a balance between its story and the source material. The moments that are good are fantastic, and everything else is mediocre.

Despite its flaws, it delivers genuinely tense horror, keeping the spirit of the books at all times. It has heart and character, and sets itself up for a sequel that I look forward to. 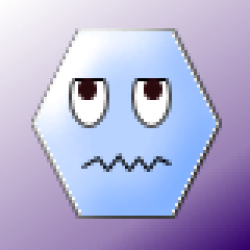