The JJC womens basketball team lost their first home game of the season Tuesday, November 26 to Waubonsee Community College. JJC players Kike Ojo and Gianna Anderson kept the game within striking distance, scoring a combined 29 points, yet the team fell short with a final score of 61-73.

After Tuesday’s loss, the Wolves sit at a 4-5 record one month into the season. Over the month, the team has fared worse in enemy territory, winning only one away game to the Harry S. Truman College Falcons.

The Wolves now have their sights set on the Moraine Valley Cyclones where they will seek redemption on the road Tuesday, Dec. 3. The Wolves have not played Moraine Valley in an away game since winning in the 2017-18 season.

After taking on Moraine Valley, the team will stay on the road, facing South Suburban College just two days later. These two games will offer the team a good opportunity to strengthen their away record.

Although it is clear the Wolves are not quite as dominant as they were last year at this time  when they boasted a 6-1 record, it is also clear that through substantial roster changes, the Wolves have a strong lineup of upcoming talent.

Freshman guard Elisha Dunlap is one player to watch; earlier this season she lead the team with 18 points in a game.

Students at JJC will be keeping a close eye on the team as the most recent recruits learn to play cohesively with the team’s veterans. After last year’s record of 19-11, many are hoping it is only a matter of time before they become an unstoppable force for the 2019-20 season. 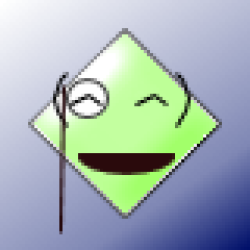