The “mind blowing mentalist” Chris Carter visited JJC’s main campus in January to perform a show sponsored by the Office of Student Activities.

Carter describes his show as “freaky and funny.” According to his website, Carter has been playing mind games for over 25 years. He’s an illusionist, mind reader, and “freakout artist.”

He has hosted shows and given motivational speeches for a wide range of companies, from Harley Davidson to Exxon Mobil, he’s done it all.

Carter began his performance at JJC with a dramatic exercise in reading body language, which focused entirely on lying.

Three people in the crowd wrote something Carter couldn’t possibly know on a slip of paper. He had the slips collected by an audience member, and did not look at what slip belonged to which audience participant. From there he asked yes or no questions about what the audience members had written on their slips of paper.

Each participating audience member was instructed to hide whose slip Carter was asking about. They needed to deny having written anything.  By asking each member, individually, a question about what was written on a slip of paper, Carter could discern which one of them was lying about their answer.

From this he could find which slip belonged to whom. Carter explained that lying had a distinct effect on pupil dilation and subtle body language, thus making it easy to tell who was being less than truthful.

The next act involved a dramatic example of blindfolding. He had two members of the audience assist him in layering cloth, duct tape, and even coins over his eyes to blind him. He then began another game.

The audience was instructed to offer small items for a helper to pick from. The helper plucked two items from the willing audience and held them, one by one, over Carter’s hand.

He was able to determine the shape of the object, and even its purpose without making any kind of physical contact with it, or seeing it. The crowd was in shock.

Carter’s next act involved the entire audience. He had notecards passed out, and each member of the audience was instructed to write their name, a special number, and a question they didn’t have the answer to on the card.

At this point, Cater was still entirely without sight, and relying on his audience helper to distribute and collect the notecards.

The cards were piled on a plate, and Carter began to pick up individual cards and crumple them. Some he threw aside, at first, and after crumpling a seemingly insignificant card…he called out the name of someone in the audience.

One person who had their card read by the mentalist said, “It was like I blue-screened for a second; I still have no idea how he could have known.”

Not only did Carter call out the correct number, he also named their reason for picking it.

Carter correctly guessed that their special number was seven, because the person had attended martial arts classes for seven years. The identification was almost immediate.

The crowd was overcome with anxiety and renewed shock. It was, as advertised, “mind blowing.” 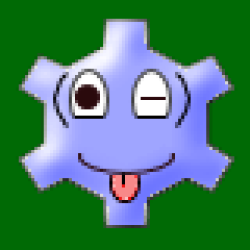