DC comics has released another movie to add to their cinematic universe: “Aquaman.” This is the 3rd standalone movie for members of the “Justice League” following “Man of Steel” and “Wonder Woman.”

As a movie company they have had a bumpy ride with a promising beginning with “Man of Steel” to the long and very boring “Batman vs Superman,” to the overhyped “Suicide Squad.” They seemed to be back on the right track with “Wonder Woman,” which did a great job of being a symbol for woman empowerment as well as being an overall entertaining superhero movie.

However, the momentum they had fell apart with the release of “Justice League” which seemed like an attempt to catch up to the Marvel Cinematic Universe (MCU) as it did not fully establish the group leading into the movie like Marvel did. Now they have come out with “Aquaman.”

Going into this movie, I had limited knowledge of Aquaman really only knowing that he resides in the sea and has control over its creatures. Other than that, I went into this movie pretty clueless, which seemed to be for the best as the story itself drew me in immediately.

The concept of the movie is based around the city of Atlantis, which needs a new king to take over which turns out to be Aquaman’s brother. As the king, he wants to wage war on humans due to their pollution of the oceans.

However, Aquaman needs to stop him and take the kingdom for himself to prevent this possible world-ending war. While it seems like a pretty basic concept especially for a superhero movie it does some things extremely well.

For the main character there is gradual character development. At first he seems to be simply a rather cool and laid-back character who has several moments that showed his humility. However, as the movie went on these traits remained the same and there were aspects that were added.

To keep it spoiler-free, there were multiple events throughout the movie that involve his family which create emotional moments that were not really seen in the first half of the movie. On top of that, he has to deal with his humility and pride as he is fighting to not only to save the world but to be a king.

This leads to some self-doubt as it leaves up to debate on if he is right for the throne due to him being only half Atlantean.

This concept is not really new for movies, but it still is interesting to see from a character like this. There is extreme growth seen throughout the movie from Aquaman which always keeps the audience entertained.

When looking at the culture of Atlantis it was really intriguing. The effects used to display Atlantis are breathtaking. They use the idea of Atlantis being technologically advanced to the rest of the world, which makes for amazing eye candy. This is seen constantly in the film during the combat scenes as well as the average-joe dialogue scenes.

That adds to the overall story as we can understand the point of view of Ocean Master, Aquaman’s brother, as he seeks revenge on humans for attempting to ruin their home. To have a villain who has a rational reason to fight the protagonist makes the movie more enjoyable as well as keeps it from being bland.

That on top of adding another villain by the name of Black Mantra makes a more unique movie as Aquaman is dealing with two different villains. Black Mantras reason for hunting down Aquaman is justified due to a conflict in the very beginning of the movie.

Finally, the main actor, Jason Momoa, does a great job portraying Aquaman as this egocentric man who turns into a calm, humble person towards the end, showing us his transformation into a king. However when needed to he used his acting range numerous times to create an emotional appeal for the audience.

I believe if you are a superhero fan in general you will enjoy seeing this movie regardless of if you are strictly a Marvel or DC fan. The plot, characters and CGI all wrap together to make this movie one of the best in the DC universe. 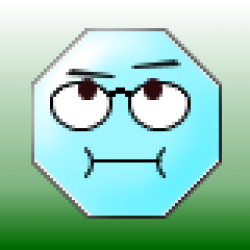 Wolves softball hitting it out of the park