The Joliet Junior College men’s and women’s cross-country teams have had their fair share of challenges dropped into their paths to success this season.

Aside from the obvious effects of COVID-19, there wasn’t a runner on the women’s team who had competed in a collegiate race entering the year. On the men’s side, they have had only one meet where all team members have been healthy.

However, that has not stopped the Wolves’ cross country programs from maintaining their high rankings in the NJCAA DIII National Coaches’ Poll. The women’s team holds the top spot, while the men’s team clocks in at number two in the latest poll released.

Head coach Jeff DeGraw tries not to dwell on these rankings too much knowing his teams have to perform each and every meet regardless of what polls might say.

“It does put added pressure for sure, since everyone you race against always wants to beat a team that is first or second in a ranking.” DeGraw said. “We have done a fantastic job of improving each week though on both sides.”

In their latest and final regular season meet on Oct. 31 at Kishwaukee College, Julian Rosenbach placed second in the men’s 8,000-meter race, while Luke Talbot placed fourth. It was Talbot’s first race since early September for a team that has been plagued by injuries this year.

“The men’s season has been a work in progress up to this point.” DeGraw said. “We have only had one meet where all team members ran in the same race.”

For the women’s team, Tiffany Lehmann led the way as she won the 5,000-meter race at a time of 21:17. Finishing second for the Wolves in their final regular season meet was freshman Yesenia Suarez, running a time of 21:53. Also placing was Ivet Rosiles in sixth, Erica Nurczyk in eighth and Mary Nicoletti in the 10th spot.

“None of our women really had a lot of experience before this year, but I am extremely proud of what they have done.” assistant coach Britney Cravish said.

As for how COVID-19 has affected the cross-country program specifically, all runners must wear masks unless they are racing. There are also daily temperature checks of the student-athletes.

“I want to thank our director of athletics, Gregg Braun, and our administration for doing the work and having us participate,” DeGraw said. “It’s so important that our athletes have this opportunity because it brings some sense of normalcy to our lives in these trying times.”

Looking forward, both the men’s and women’s teams prepare for the NJCAA Division III National Championships on Nov. 14 in Ft. Dodge, Iowa. DeGraw knows this is where they have to step up after a lot of hard work during a tough season.

“Our philosophy is to run your best when it matters most, and that is on Nov. 14th at the national meet,” DeGraw said. “I’m pretty happy with where we are at this point. Both teams are excited.” 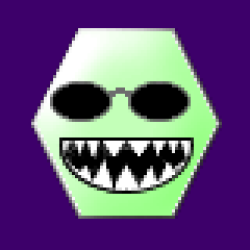 ‘Holidate’ putting the ‘com’ in rom-com