Jeff DeGraw has been coaching collegiate cross country for 28 years, and has coached four years at Joliet Junior College with much success. During his time at JJC, DeGraw has been named NJCAA DIII Men’s Coach of the Year and Central Region Women’s Coach of the Year by the U.S. Track & Field and Cross Country Coaches Association Under DeGraw’s guidance, the women’s team won the 2020 NJCAA DIII national championship, and the men’s team finished the national championship as the runnerup. Also, the Wolves received the NJCAA DIII Gary Moore Award for Best Overall program in both 2020 and 2021, as JJC was the college with the best combined men’s and women’s programs. In 2021, the teams continued to be successful, as the men’s team won the NJCAA Division III title, and the women’s team placed second. “Probably the best feeling was when the women won the national meet two years ago. The look on all their faces was the most unbelievable feeling I’ve ever had. Last year we didn’t think we had won the men, and all of us suddenly it was announced we had won and the celebration they had was just unbelievable,” DeGraw said. For the 2022 season, DeGraw discussed the team’s goals, and how he measures the success of the teams. “You want to run your best when it matters most,” said DeGraw, explaining that the teams want to do the best that they can at the national meet. “It’s hard to win a national title in any sport,” DeGraw said. “You don’t go into it thinking you can win. You want to get the best effort out of your teams at the national meet then let the chips fall where they will.” Because national meets include teams from around the country, DeGraw can’t predict how the other teams are training. So instead of focusing on others, the team focuses on themselves and how well they are performing. “When I look at things from other teams especially in cross country you don’t know what type of courses they’re running. Are they hilly? Are they really fast? Are they flat? So to measure across the country you just have to concentrate on your team and how they’re performing” DeGraw said. When preparing for a race, the team constantly practices. DeGraw explains how improvement plays a big part in cross country. “You want to get better each week,” he said. “The women in practice have run very well; they just have to transfer that to the races in a meet. Both teams are really talented.” DeGraw noted that gaining the experience of racing at meets and competitions is one area where the team hopes to improve, as many members of the cross country program, specifically on the men’s team, are new. The distance that athletes run in high school cross country changes at the collegiate level, DeGraw explained. “That’s the difference, they have to get used to the change in distance, because they go through three miles but in college you still have two more miles to race. That’s a big difference.” DeGraw also discussed how cross country is unique because of the team scoring component, which emphasizes the importance of doing well as a team. “In cross country you’re only as good as your 5th person because the top five count,” DeGraw explained. “If you don’t have a 4th or 5th runner up there, it doesn’t matter how the top 3 do. You have to have your 5th, 6th and 7th

, they’re important, because if they’re inferior to the other teams’ top runners, it adds points to them so we’re only as good as our number five person,” DeGraw said. Most recently, on Oct. 14, the teams ran a meet at the Greenville University Invite in Hillsboro, Illinois, with the women’s team placing third out of seven teams, and the men’s team placing fourth out of eight. On Oct. 28, the women’s team will be competing in the Region IV Championship at the University of Wisconsin, and on Oct. 29, the men’s team will be competing at the championship. Both teams’ seasons come to a close on Nov. 5 at the NJCAA DIV III National Championship in Westfield, Massachusetts. DeGraw’s hope for the national championship is for the teams to do as well as they can, and show the improvement they’ve made over the season. “The biggest goal is to run well at the national meet and then whatever we place, I’m happy with. As long as we’re ready and we run well, you never know what’s gonna happen.” “These are some of the most talented teams we’ve had in the history of the program,” DeGraw said. “I tell the team every year it doesn’t matter in September, it matters in November.” “I will say this, with all the success we’ve had here, it’s because of the athletes. I don’t run a race, they do all the work, they do everything and all the accolades, it all goes to them,” DeGraw said. 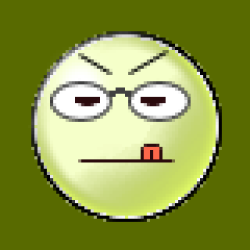