On July 1, 2022, Dr. Clyne Namuo became the 10th president of Joliet Junior College. Since then, Namuo has acclimated nicely to his new job and environment. From humble beginnings in Hawaii, he earned multiple degrees and gained valuable experience to become the president of the nation’s first community college. Namuo, a Hawaiian native, is from the island of Oahu. His Hawaiian identity is very important to him, so he adorns his presidential office with Hawaiian decor, all with significant cultural meaning. Some include a sea turtle wall decor, a feathered lei hulu garland and a traditional instrument. “It’s a percussion instrument called an ipu, a gourd drum for traditional Hawaiian dances,” says Namuo as he explains all the displays dear to him. Namuo always had a passion for technology. “I’ve been into tech my whole life, I would build websites in high school. I knew I wanted to turn it into a career.” After getting his bachelor’s, he worked in tech at a cruise line in Hawaii. He then later relocated to San Diego to work as a systems admin. “My life took a detour after my first tech job at a college,” Namuo said. “I wanted to go above and beyond.” He moved to Arizona to work in IT at a community community, which is where he discovered another passion: education. At Cochise College, he President Namuo points to an example of the Hawaiian decor in his office. started a technology club for students, which beganhis love for education, and led him to play a bigger role at the school. Over the years spent at Cochise College, he moved up in positions, from assistant dean to department chair to dean of business and tech. Eventually, he wanted to lead a college. In 2013, Namuo received his Ph.D. in Study of Higher Education. He then published his book on community colleges in 2014, titled “Community College Strategy: The Innovative Leader’s Handbook.” “My parents were first generation college grads who instilled the importance of education in me at a young age,” Namuo said. In 2018, he became vice president of learning at South Mountain Community College in Arizona. His latest position was president at Phoenix Community College. He left because he wasn’t satisfied with mediocrity, Namuo wanted something greater, and a job closer to his wife’s family in the Midwest. That’s when he discovered Joliet Junior College. “I wanted to be part of JJC,” Namuo said, “it’s an amazing place. Everyone is super welcoming, staff and students greet me warmly. JJC is in a great financial position and serves its community.” The new president has adjusted nicely to his position. He specifically likes the kind midwestern attitude and enjoys Chicago’s deep dish pizza. Namuo has yet to experience a Chicago winter. “I have people to guide me through it, so I think I’ll be just okay.” In his free time, Namuo enjoys playing pick-up games of basketball and visiting his family back home in Hawaii. His favorite subject in school was social studies, and he is passionate about social justice. “Thank you to all students, you’ve all been so warm and welcoming. JJC is a place to discover what you want to do. I am honored to be a part of this community.” Namuo plans to stay at JJC for as long as he can. As COVID-19 restrictions are lifted on campus, he hopes to see a new beginning at JJC with him as president. 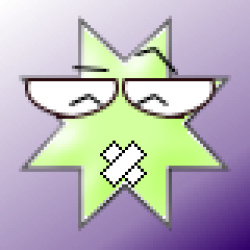